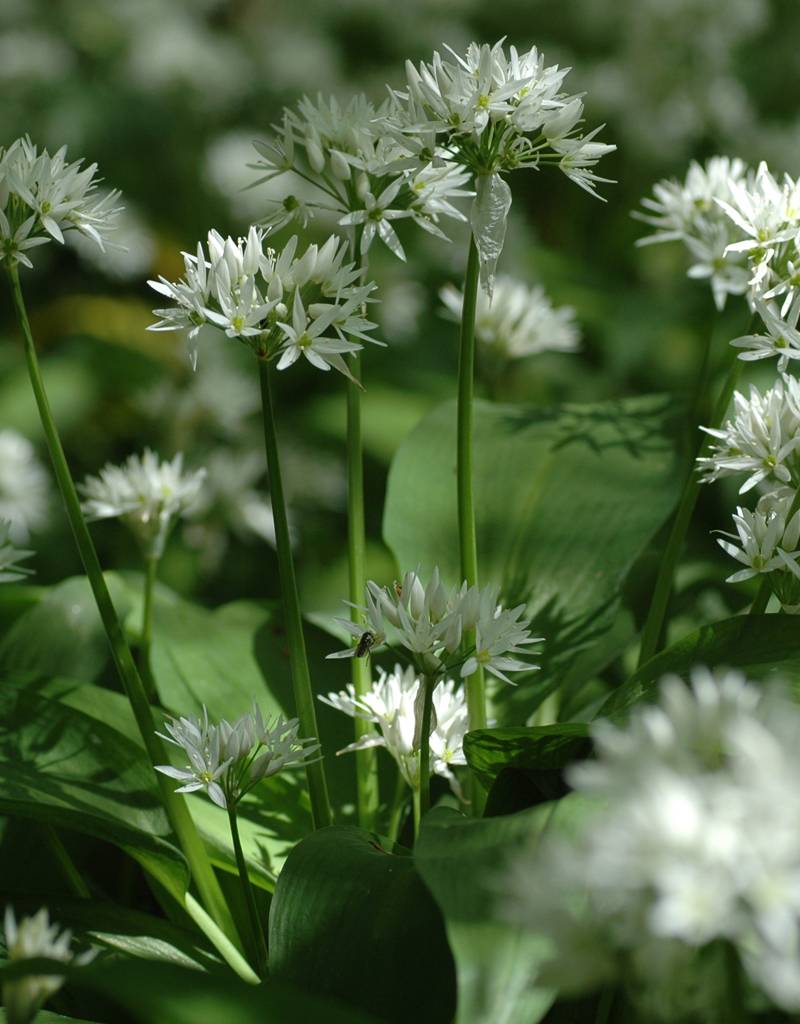 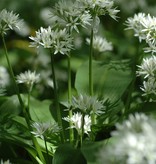 The leaves of Allium ursinum, commonly known as ramsons or wild garlic, are edible and make a tasty addition to a cheese sandwich, a salad or to mashed potato. This species spreads readily, so give it plenty of room. Wild garlic flowers a beautiful white in April. As with other stinzenplants the foliage dies back after flowering. It therefore combines well with large-leaved perennials, such as Rodgersia and Darmera, as from May onwards the large leaves will cover where the ramsons has been.

Please note: Give ramsons its own patch where it can run rampant. Due to its dominant nature it’s unwise to plant ramsons in a bulb meadow; it will dominate in only 5 years.

Allium ursinum is native to Europe and western Asia.

Add to wishlist / Add to comparison / Print
← Return to the back office    Strongbulbs.com is closed. Please place your through www.sterkebollen.nl / www.starkezwiebeln.de (click the flags in the top left corner) Hide