Home / Spring-flowering bulbs / PUSCHKINIA - Striped squill
The single species of Puschkinia was discovered in 1805 by the Russian Earl Apollo Apollosovish Mussin-Pushkin. The plant of course gets its botanical name from the Earl. Fortunately the common name – Striped squill – is a little easier to pronounce!

Puschkinia flowers richly and looks a little like Scilla miczenkoana. The main difference is that Puschkinia has more (smaller) flowers per stem. 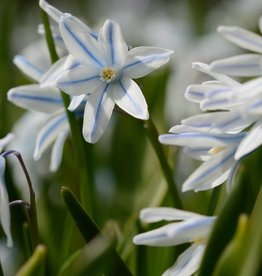 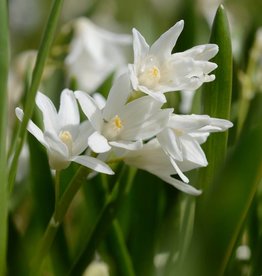